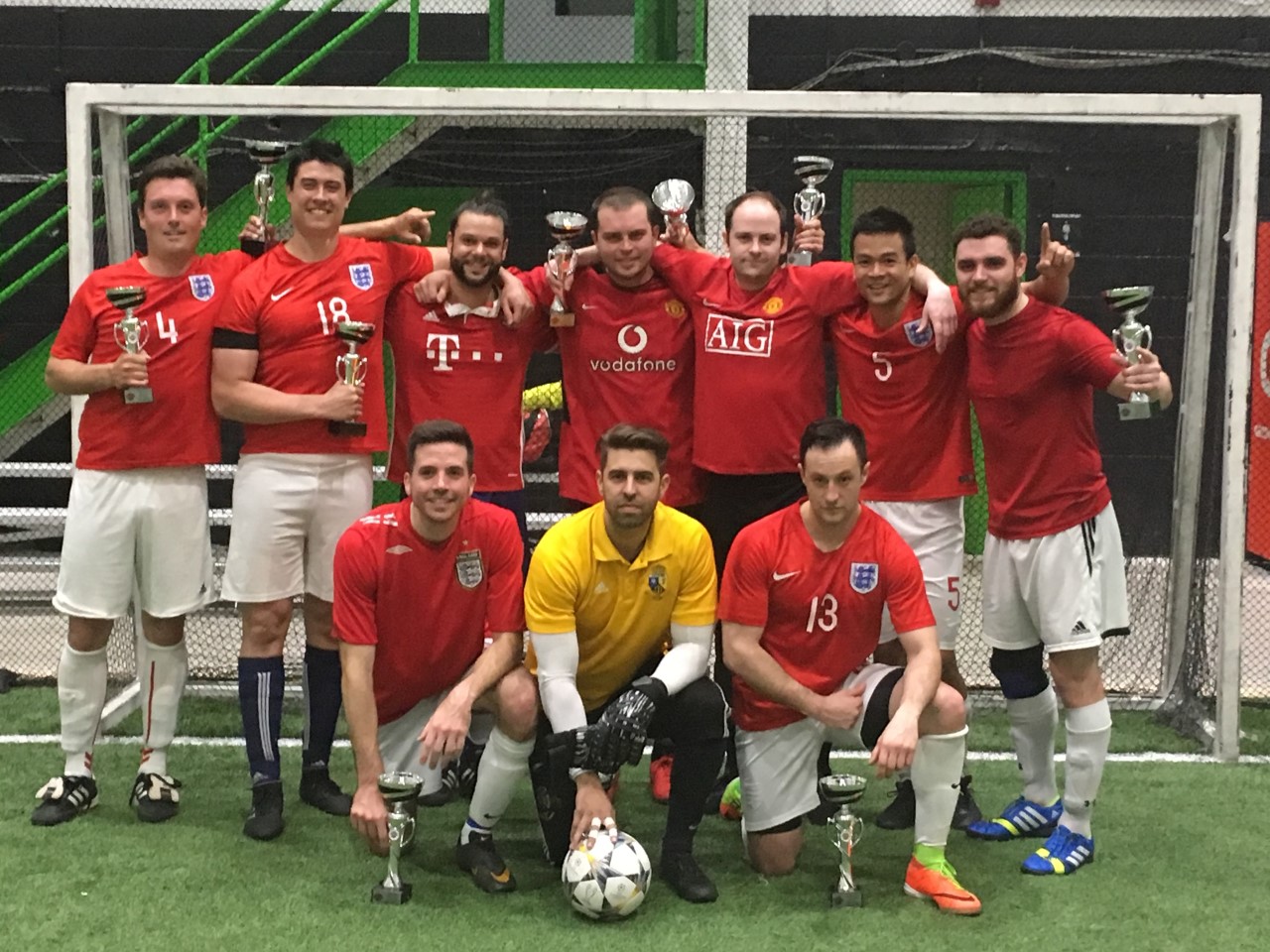 From the first year St. Michael’s Soccer Club was established back in 2001, the goal was to provide not only an outdoor soccer league for men, but to eventually offer year round programs. However, at that time, there was a dearth on indoor soccer facilities in the area. All of the major indoor soccer facilities were already at capacity. The Milliken Mills Soccer Dome had two different major youth soccer leagues in Markham splitting time on the one field. The Ontario Soccer Centre was another option however, being one of the most popular facilities in the Greater Toronto Area, it was practically impossible to secure any free time. We also faced the same challenges at Clairlea which was the original indoor soccer arena in Scarborough. This facility had sentimental meaning to any competitive soccer player born in or prior to the 1980s. This facility is two hockey rinks which were converted into soccer pitches. The unique feature of Clairlea is that the ball hardly went out of play due to the boards that surrounded the soccer pitch.

In 2005, we decided to make the best of what was available. We knew that there was still a demand for indoor soccer programs even if we had to resort to going “old school”, literally. We secured a permit at the double gymnasium at Sir William Osler High School in Scarborough and in 2005, offered a men’s recreational soccer program. We were able to use our outdoor players as a main base and through advertising,  were able to secure 6 teams for our inaugural indoor soccer program. In reality, we would have been able to accommodate many more teams/players however, due to the restrictions of the school board, we had to be out of the gym by 10:00p.m. or face the wrath of some grumpy janitors who were more than happy to escort us off school property. As a result we ran our program from 7p.m. to 9:55p.m.  every Monday night from January to March.

The indoor program had its challenges but overall, was a memorable time in the league’s history. There were occasions when the school would have events and at the last minute, we would receive notices that our permit was pulled for the evening leaving us scrambling to let players know that the games were cancelled for that evening. This was all before texting and group messaging was as common as it is today.

The turning point in our indoor program came in 2006 when we were contacted by an individual who advised us that he was building an indoor soccer facility in the Birchmount and Ellesmere area in Scarborough, and asked if we were interested in moving our program there. Initially, we didn’t give it much thought as we had been in contact in the past with people who had big promises about building the next big indoor soccer facility in the GTA which never transpired to anything. Although we didn’t follow up with him in 2006, he contacted us again in 2007 and we decided to set up an appointment with him to check out his facility and discuss rates.

We set up an appointment with the facility owner in June of 2007 at what was then known as the Metro Sports Center. At the time, the facility was, how can one say, “work in progress”. The bathrooms and change rooms definitely needed an update. However, the facility was perfect for what we were looking for. It provided two indoor soccer pitches which were decent in size and he had multiple nights available for us to use. We knew that if we wanted to have a legitimate indoor soccer program and take our league to the next level that we had to provide a better facility for our indoor program. Further we would be able to have multiple divisions and increase the size of our indoor program in the matter of one year. Even though the cost of the new contract was scary compared to renting a high school gym for $12/hour, we knew that this was a risk that we needed to take. 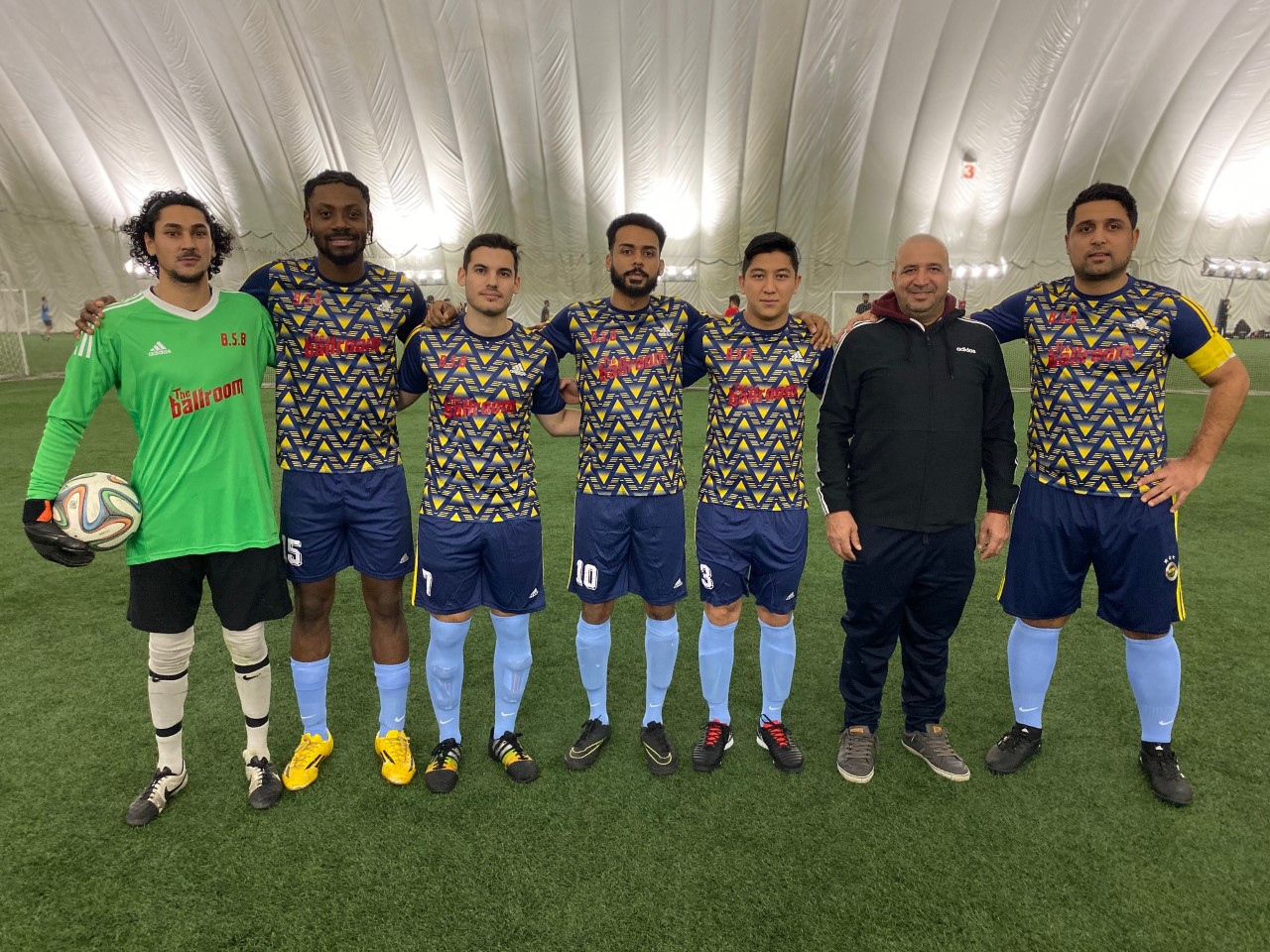 In our first year at the Metro Sports Center, we were able to double the  number of teams we hosted and offered  both competitive and recreational divisions . Over the years, word started getting out about our indoor program and we began growing to the extent that we started securing time on Sundays and Tuesdays in addition to our regular Monday time slot. Our program grew to the extent that over the three nights, we hosted 44 teams and offered men’s recreational, competitive , Over 35 and open divisions.

Many changes also occurred during the 11 years we were at the facility. In 2011, the facility temporarily closed down and opened up under the new name of Ultra Sports Centres with new management. However, in the Spring of 2019, we were advised that the facility would be permanently turned into a movie studio starting in September of 2019. Although we were very sad to see the facility close down, we knew that this meant we would need to secure a new facility for our players.

Fortunately, we were able to secure time at the Major League Sportsplex located at 641 Danforth Road, in Scarborough, Ontario. We have been able to continue our Sunday program which has 2 divisions of 16 teams and have introduced a new Wednesday night Open Division which has 8 teams. Our goal is to eventually continue growing our program back to our 44 teams. Being around for 20 years, we know that we will be able to reach our goal in the near future.